Since owning a couple of Raspberry Pi’s, many of the projects I intended to create with my Arduino were given a new lease of life.

The Arduino is great for doing I/O related stuff – so camera triggers based on various sensors, controlling robots, environmental monitors and home automation amongst other things. However, getting it talking to the outside world can start to get expensive. There are USB Host “shields”, ethernet shields, in fact more shields than a field full of saxon warriors would know what to do with. But, they are often time consuming to program for otherwise simple tasks such as running a web server, sending email alerts, etc.

This is where the Pi comes into its own. The interface to the outside world is there to use at will in the form of web pages, email, audio or even full HD video if you wish. You get a bunch of programmable GPIO pins thrown into the mix so if you need to add some buttons, sensors, motors or lights it can all be done very simply. That concludes my praise of the Raspberry Pi, now on to the project.

This expands upon a project I found by David Hunt which is a very simple way to trigger your DSLR in sync with a couple of droplets of water. The limitation of David’s version was that there was no way to trigger it quickly and easily without either hooking it up to your network or plugging in a keyboard and display. Essentially my project is the same – it uses a solenoid to release a couple of water drops in quick succession and then fires the camera shutter. Some good results are possible. I figured that by adding a pushbutton, the whole lot could be put in a small enclosure and used anywhere and without a computer or network. I then extended a little more by adding a web server (using the WebIOPi framework) and a wifi dongle to create an ad-hoc wireless network which can be connected to with your smartphone. The web interface provides a nice simple interface to allow complete customisation of how and when the droplets are released – how many drops, interval between them and delay before firing shutter. I have terminated the shutter release pins on a 2.5mm jack which is compatible with many low cost universal shutter release cables so this project should work with any camera (in theory) which can be fired using a shutter release cable. It also save having to chop up old cables and makes it look a bit tidier.

Other considerations which I am yet to implement are 2 additional trigger ports for off-camera flash. By using a longer shutter speed and using the flashes to provide all the light for the shots, it is possible to get extremely sharp shots and you can be creative with things like coloured gels. My Canon EOS 7D is quite happy commanding external flashed itself, so I’ve not bothered putting this functionality in yet, but perhaps I will if enough people ask for it.

Lastly, and a little obscurely – this very same device can be used as a the basis for a digital drinks measure. By having a different web page, using some food grade 6mm tubing and some modified bar optics (very cheap on eBay) it is possible to have your Pi dispense perfectly measured drinks for you . The Pi has 15 usable IO pins, so in theory that means it could control up to the same number of Solenoids – all attached to different bottles. Pop your glass under the “tap”, open the webpage and select the drink of choice from the menu – from milk to margaritas, Orgasms to orange juice. The choice is yours! 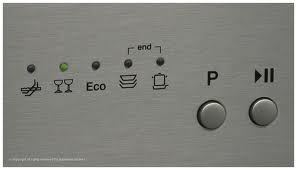 Please send Bitcoin to this address: